History of the Society

The Story of the Founding

Two centuries after St. Vincent de Paul’s time, a young man named Frédéric Ozanam arrived in Paris to study at the Sorbonne. He soon joined a discussion group, the Conference of History, where students debated a wide variety of issues.

One week, during a heated debate, Frédéric and his Catholic friends were challenged by other students who believed the Church’s time had come and gone, and that the problems in society were best dealt with by modern, scientific methods.

“What is the good of the Church in the world today?”

A brilliant debater, Frédéric Ozanam could no doubt have offered a withering reply, but he responded instead with humility, considering whether he really was doing enough to live his faith.

On April 23, 1833, Frédéric’s 20th birthday, he and five other students gathered in the newspaper office of Emmanuel Bailly. With Ozanam’s words, the Society of St. Vincent de Paul was born: “We must do what is agreeable to God. Therefore, we must do what our Lord Jesus Christ did when preaching the gospel. Let us go to the poor!” 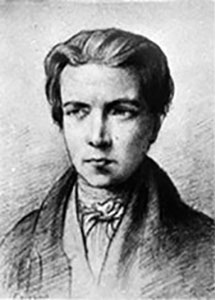 Son of a physician, Frédéric was the fifth of 14 children, and one of only three to survive to adulthood. Frédéric Ozanam is remembered as the primary founder of the Society. A brilliant scholar who was fluent in six languages, Ozanam had earned two bachelor’s degrees and two doctorates by the age of 26. He was the natural leader of the seven who founded the Society of St. Vincent de Paul on Frédéric’s 20th birthday, and an outspoken advocate for the poor whose writings greatly influenced the church’s social teaching. Married, and the father of one daughter, he spent most of his adult life as a professor at the Sorbonne. Frédéric died at the age of 40, and was beatified in 1997 by Pope St John Paul II. 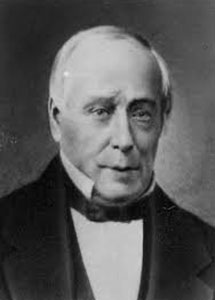 Nearly 40 when the Society was founded, Bailly was the publisher of the Tribune Catholique newspaper. A faithful lay Catholic with a special devotion to the memory of St. Vincent de Paul, Bailly’s father had been entrusted with some of the saint’s letters and papers during the French Revolution. Along with Ozanam, Bailly helped revive the Conference of History discussion group which would eventually lead to the foundation of the Society. He was a mentor to the young men, and was elected as the first President of the Society. It was Bailly who introduced the first members to Bl. Rosalie, and he also served as the first Conference’s Spiritual Advisor. 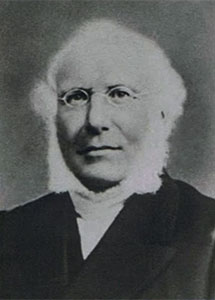 While Ozanam was recognized by all the founders as first among them, Paul Lamache recalled that Lallier “was easily second.” His reserved and serious demeanor led to his nickname of “Father Lallier.” Along with Bailly, Lallier drafted the first Rule, and in 1837 became the Society’s first Secretary General. He remained very close to Ozanam throughout Frédéric’s lifetime. 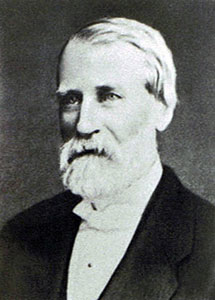 Le Taillandier, friend and roommate of Ozanam, was a member of the Conference of History, but was less interested in the intellectual debates that Frédéric so enjoyed. It was le Taillandier who first suggested forming a charitable organization of some kind, rather than trying to win the arguments. He would go on to be a very successful business executive, and long-time president of the Conference he founded in his hometown of Rouen. 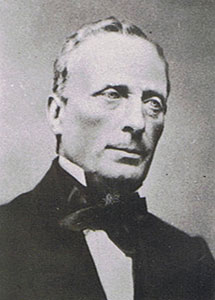 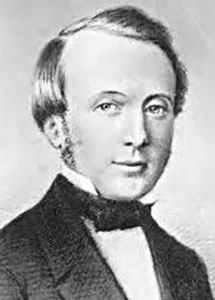 Lamache was the oldest of the six student founders, and, like Ozanam, would become a lawyer. While he never served in a leadership role, Lamache remained an active Vincentian for 60 years. An outspoken advocate of abolishing slavery, Lamache turned down an opportunity to serve as a judge in the colonies, where he would have been bound to enforce slavery under the law. 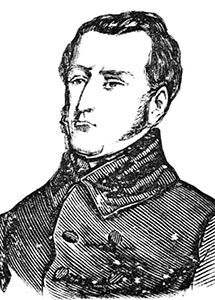 Clave had originally joined the Conference of History along with the Saint Simonians, utopian socialists who rejected the church, but became convinced by the arguments of Frédéric and the other Catholics. It was Clavé who formed the third Conference, which was notable because unlike the second Conference, which was simply split from the first, this was an entirely new Conference. Clave made his living as a writer, and also brought the Society to Algiers.

The Society in the United States

On a ship crossing the Atlantic Ocean from Ireland to the United States in the fall of 1845, a Vincentian priest, John Timon, carried with him a copy of the Rule of the Society of St Vincent de Paul. Having met members of this young Catholic lay organization during his travels, he was so impressed with their works and zeal that he wished to share this book with friends back home in St. Louis.

Within weeks of his return, a group of laymen in the frontier city of St Louis gathered at the church now known as the Old Cathedral, and held the first meeting of the Society of St Vincent de Paul in the United States on November 20, 1845. That meeting was chaired by Brian Mullanphy, a prominent citizen, former judge, and future mayor of the city of St. Louis.

Dr. Moses Linton, a physician and professor at St. Louis University Medical School, was elected as the first president, and Fr. Ambrose Heim, known to many as the “Priest of the Poor” was appointed as Spiritual Advisor.

The Society spread rapidly, with Conferences forming across the country. By the end of the 19th Century, seven different Superior Councils had formed, but there was no single National Council. Under the leadership of Thomas Mulry of New York, a National Council of the United States was formed, with Mulry as its first president.

In 1957, the National Council made its headquarters St. Louis, Missouri, where it remains today, in honor of that first Conference.

A Medallion in the Mosaic of Vincentian Works

Login to St. Vincent de Paul USA Member Site
Reset Password
Enter the username or e-mail you used in your profile. A password reset link will be sent to you by email.